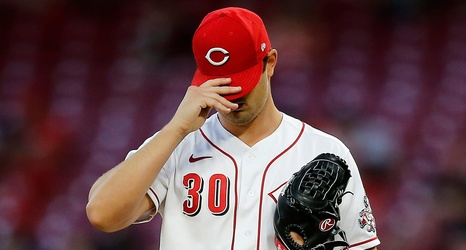 The Cincinnati Reds added three relievers to their bullpen ahead of the trade deadline last week, but that didn’t solve their bullpen woes.

Closer Heath Hembree surrendered a three-run homer to Jorge Polanco with one out in the top of the ninth inning Tuesday, the fourth consecutive outing he’s allowed at least one run. The Minnesota Twins, who were 2-for-14 with runners in scoring position before Polanco’s blast, came back to hand the Reds a deflating 7-5 loss in front of 18,396 fans at Great American Ball Park.

Hembree pitched into his own jam in the ninth inning, walking the first two batters he faced.