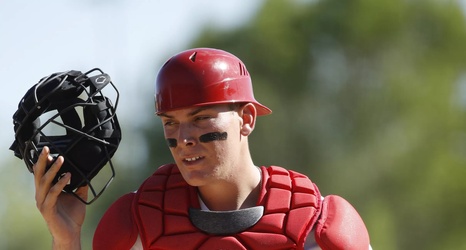 In a move that should surprise precisely zero people, the Cincinnati Reds added catcher Tyler Stephenson and pitcher Tony Santillan to their 40-man roster on Wednesday, officially protecting them from being draftable in next month’s Rule 5 Draft at baseball’s Winter Meetings. The deadline to add players to the roster was today at 8 PM ET, and the Reds weren’t about to leave two of their prized prospects to the bidding of the other 29 MLB clubs, as they revealed on Twitter earlier.

As you can see from the tweet, pitchers Ryan Hendrix and Tejay Antone were also added to the roster.