Reds: 3 players who may lose their roster spot when Jesse Winker returns 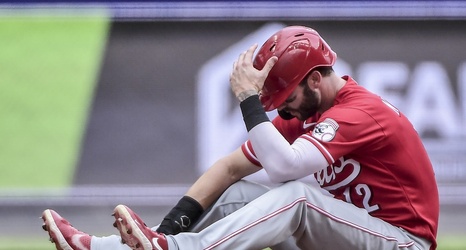 Jesse Winker has been out of the Cincinnati Reds lineup since the middle of August with an intercostal injury. While the team survived the initial blow of losing possibly their best hitter, the strain of not having Winker in the lineup over the past month has caught up with David Bell’s club of late.

The Reds are reeling, having fallen behind both the St. Louis Cardinals and San Diego Padres in the chase for the final Wild Card spot in the National League.