'My mentality is to be an All-Star': The limitless confidence of Jonathan India 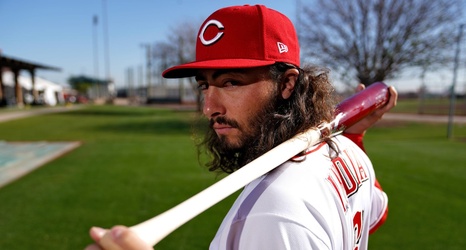 ATLANTA –– One year after Cincinnati Reds second baseman Jonathan India called his shot and predicted he’d be the 2021 NL Rookie of the Year, India still isn’t sure how he knew he’d win it.

India called it a gut feeling. Reds manager David Bell feels like India “just decided” he’d be a star player in his first year. Reds first baseman Joey Votto said he saw “something in (India’s) eyes,” even when India was slumping in May.