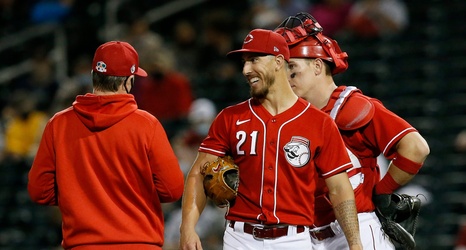 The first wave of reinforcements arrived for the Cincinnati Reds’ bullpen before Friday’s series opener against the Milwaukee Brewers.

Michael Lorenzen was back at Great American Ball Park and set to be activated from the injured list Friday afternoon.

He will make his season debut when he makes his first appearance, sidelined for the first 3 ½ months of the season because of a right shoulder strain.

“It’s pretty awesome to just come right in and be a part of this,” Lorenzen said. “I’ve been watching some games. Some of the games, I can’t watch, because I’m texting (coaches and trainers) about getting me back right now, trying to fight to get back.