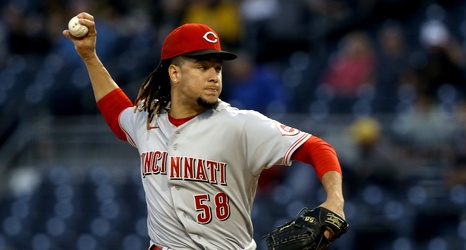 PITTSBURGH – Luis Castillo left the mound to hugs from his infielders during the sixth inning Friday, but it was the Pittsburgh Pirates who were celebrating at the end of the night with a high-five line.

The Pirates scored eight runs in the bottom of the eighth inning against a trio of relievers after the Cincinnati Reds tied the game in the previous half-inning and the Reds were handed a 9-2 loss at PNC Park to open their final series of the 2021 season.

It was a nightmare eighth inning for Reds pitchers. Amir Garrett allowed groundball singles to two of the three batters he faced.