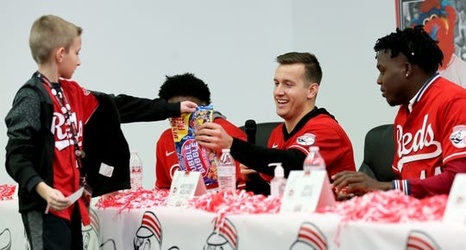 As the Cincinnati Reds consider adding more arms to their bullpen, they will probably be counting on Lucas Sims to make a seamless transition to reliever.

Sims had a 4.60 ERA in 24 appearances (four starts) last season, striking out 57 and walking 19 in 43 innings. As a reliever, he struck out an impressive 13.7 batters per nine innings, which would’ve ranked near New York Yankees closer Aroldis Chapman.

When Sims arrived for the Reds’ annual caravan last week, he didn’t know what his role would be for the upcoming season, but it’s expected he will contribute to the bullpen.