'Jonathan India is now and will forever be my favorite player': Reds' ROY makes fan's day 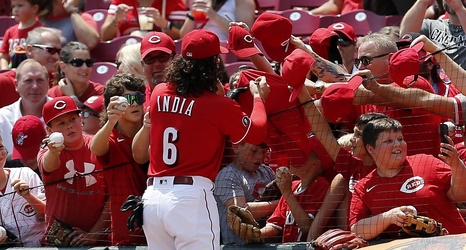 Kinman posted his interaction with the Cincinnati Reds second baseman on Twitter, posting: "Jonathan India is now and will forever be my favorite player"

Kinman, a fan who cannot play baseball due to autism, met India at a Bengals tailgate.

After spending time talking to him, India ended up following Kinman on Instagram and promising him tickets to a Reds game.

India became the Reds' first Rookie of the Year winner since 1999 by hitting .