'I'll cherish this for a long time': Tyler Stephenson enjoys homecoming in Atlanta 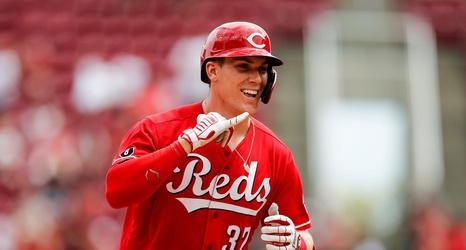 ATLANTA – When Tyler Stephenson took batting practice before Tuesday’s game against the Atlanta Braves, he had his own cheering section behind the dugout with his family arriving early.

It was Stephenson’s first Major League game in Atlanta. He grew up about 25 minutes from Truist Park, a Braves fan throughout his childhood. His sister, Morgan, and brother-in-law, Jamie, came equipped with giant cutouts of Stephenson’s face, which included a couple of photos from his high school days.

“I was telling somebody that I think I was more nervous tonight in my first at-bat than I was in my debut,” Stephenson said after the Reds’ 3-2 loss to the Braves.