'I love those guys': Tommy Pham appreciative of time with Cincinnati Reds 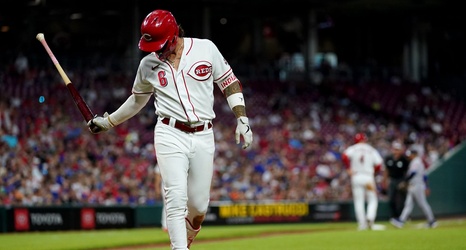 Tommy Pham spoke to reporters inside the visiting dugout at Great American Ball Park for about seven minutes Tuesday, and three separate times he had former Cincinnati Reds teammates and coaches calling out to him.

“What’s up, baby!” he shouted to Nick Senzel, who walked behind reporters. “I’ll be out there to take some grounders,” he yelled toward bench coach Freddie Benavides and infield coach Delino DeShields. “I got you!” he said when another player called out to him.

Once the press conference was over, Pham walked onto the infield and hugged many of his former teammates.