'I know I can play well': Why Joey Votto's home run in Friday's win meant so much to him 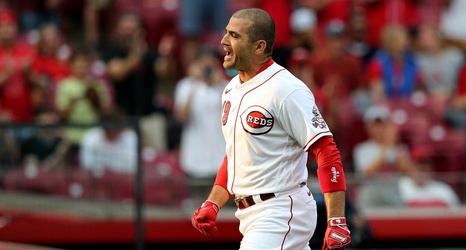 This season, Votto has already hit his 300th career homer. It wasn’t a walk-off. But in the Reds' 11-5 win over the Rockies on Friday, Votto hit a three-run home run off left-handed pitcher Kyle Freeland. Right when he made contact, Votto dropped his bat and stared to left field. When he crossed home plate, Votto shouted, took off his helmet, flexed and high-fived his teammates

More:'It was crazy': Cincinnati Reds make history with parade of homers in rout over Rockies

Earlier in his career, when Votto was a regular candidate for the National League’s Most Valuable Player award, Votto said the homer might not have meant as much as it did Friday.