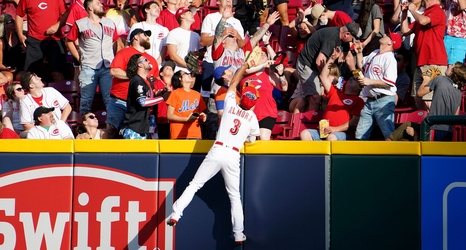 Hunter Greene received a mulligan in his start against the New York Mets on Monday after his offense erased an early three-run deficit, but that still wasn’t enough.

As much potential as Greene flashes, his latest start was another example of how he needs to catch up to the league’s learning curve. Greene surrendered a go-ahead homer in the fifth inning and left two runners in scoring position that later scored in the sixth inning.

Greene took his 10th loss of the season, which is the second-most in the Majors, after the Cincinnati Reds fell, 7-4, to the Mets in their series opener at Great American Ball Park.