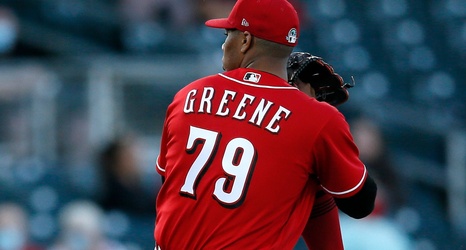 Hunter Greene, a 6-foot-5 right-hander equipped with a fastball that regularly zips to the plate above 100 mph, is nearing his time in the big leagues.

Greene was one of the five prospects the Reds added to their 40-man roster Friday, which protects them from the Rule 5 Draft. In addition to Greene, the Reds added right-handed pitchers Alexis Diaz, Daniel Duarte, James Marinan and outfielder Allan Cerda.

The 22-year-old Greene, who was the No. 2 overall pick in the 2017 MLB Draft, was an obvious addition. He’s considered one of the best pitching prospects in the minor leagues and finished last season at Triple-A Louisville.