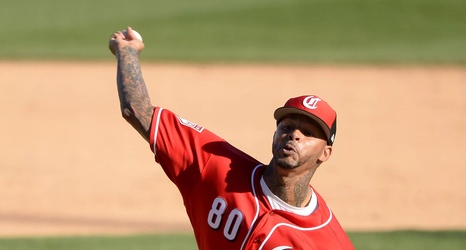 To the best of the knowledge of Baseball Reference dot com, some 1,879 individuals have had at least 1 plate appearance wearing the uniform of the Cincinnati Reds over the course of the franchise’s great history. It’s a storied history, one that dates back to the very beginnings of the American Association in 1882 and the dawn of the National League in 1890.

Of those 1,879 individuals, only 5 have ever hit more than 40 homers in one single season. George Foster, of course, holds the Reds single-season record of 52, which he accomplished in his MVP season back in 1977.