Doc's Morning Line: Losing Nick Castellanos would be one very big indicator for the Reds 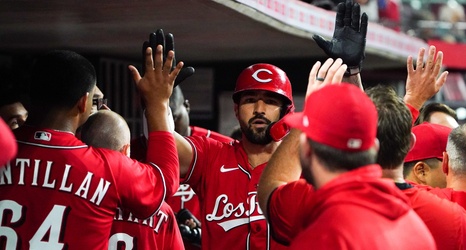 What happens after Nick Castellanos walks out the door? He leaves here on a magic carpet of money. Then what?

What hasn’t been discussed is the very real and very scary possibility that the Reds return to the Bryan Price Era. We recall the BPE, we understand what the Reds were doing then, in losing 90-plus games a year four years in a row. It fueled the big frustration this summer. The Club followed the Small Money blueprint: Slash payroll until the Powers judge it’s worth it to spend money again, because it sees the potential to return to the playoffs.