Did the Reds miss the boat with Michael Lorenzen? 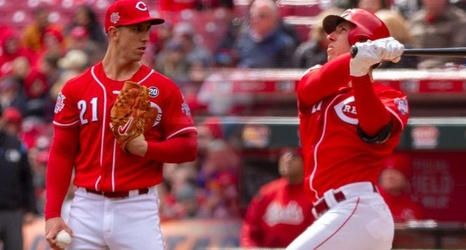 When the spring began there was talk of using Michael Lorenzen as a position player. In spring training he spent time on the backfields in minor league camp getting extra at-bats. The plan seemed to be to still use him mainly as a reliever, but to work him in games as a pinch hitter and a defensive replacement at times. Many believed, and still do, that he’s the best defensive center fielder on the team.

But when the season began that didn’t really play out. He pitched, and, well, he pitched. By the end of April he had two pinch hit appearances.