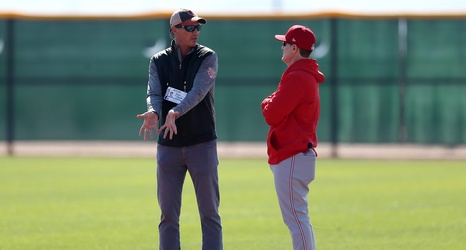 It was just two weeks ago when the Cincinnati Reds were the trendy pick to win the National League Central with their revamped lineup and talented pitching. They had the easiest schedule for the first two weeks of the season based on last year’s records.

As much as things seemed to align on paper, it’s turned into an underwhelming 5-8 start. The bullpen owns a hideous 7.65 ERA. The lineup ranks 28th in the Majors with a .198 batting average and entered the weekend series against the Milwaukee Brewers on a 23-inning scoreless streak.

The starting pitching has lived up to the hype though the first two weeks of the season, but the Reds dug themselves into an early hole.