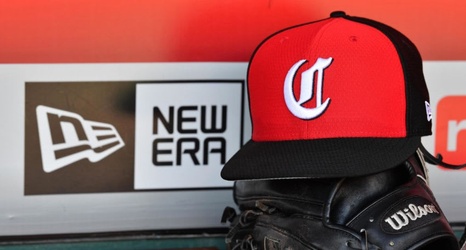 CINCINNATI, OH - MAY 14: A close up view of a hat and baseball glove in the dugout with the New Era logo before a game between the Cincinnati Reds and the Chicago Cubs. (Photo by Jamie Sabau/Getty Images) *** Local Caption ***

Riley O’Brien arrived to the Reds this season as part of a trade with the Rays.

This past week, both Joel Kuhnel and Robel García were removed from the Cincinnati Reds 40-man roster. García joined the New York Mets and Kuhnel was outrighted to the Louisville Bats. The Reds roster is now sitting at 35 and with the likely departure of at least two free agents, Cincinnati should have more than enough space to add Riley O’Brien to the roster.