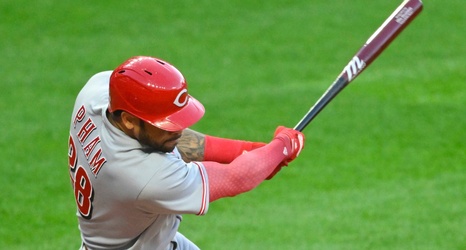 TORONTO –– When the Cincinnati Reds arrived in Toronto, they were missing six position players who were on the injured list. And they had two potential starting position players on the restricted list due to COVID-19 regulations in Canada.

That group of players included six right-handed hitters who likely would have started had they been available to face the Toronto Blue Jays. So when the Blue Jays started left-handed pitcher Hyun Jin Ryu, a former All-Star, and followed him with a left-handed reliever out of the bullpen, the Reds offense didn’t have many answers.

On Friday at the Rogers Centre, the Blue Jays beat the Reds, 2-1.