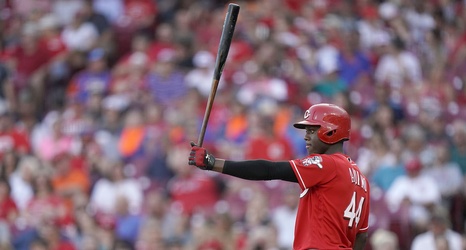 For two weeks at the beginning of August, Cincinnati Reds right fielder Aristides Aquino was the hottest story in baseball. From August 1st, Aquino’s first game of the 2019 season after being recalled from the minor leagues, until August 15th, the 25-year old from the Dominican Republic set the baseball world on fire.

During that two week span, Aquino swatted nine home runs in 14 games, producing a 1.369 OPS, and taking home National League Player of the Week honors. After just one at-bat in 2018, Aquino became a sensation overnight in 2019.

During Aquino’s electric month of August, the Reds outfielder broke numerous MLB records with the frequency of his home runs.