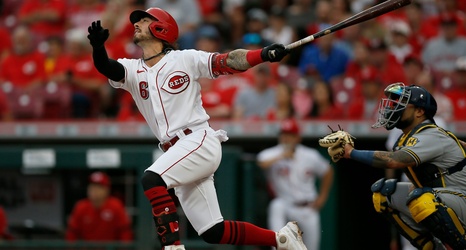 Cincinnati Reds starting pitcher Sonny Gray was on track to have one of his best starts of the season.

Through three scoreless innings on Tuesday night against the Milwaukee Brewers, Gray already had five strikeouts and had allowed just two hits. But warming up for the fourth inning, Gray winced, called over a team trainer and left the game.

Even though Gray handed the bullpen a one-run lead, it wasn’t enough. After Gray left the game, the Brewers took the lead and beat the Reds, 5-1, in front of 11,897 at Great American Ball Park.