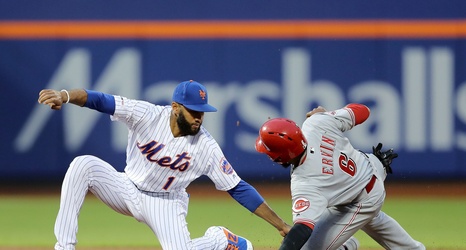 While third baseman Eugenio Suárez has been receiving most of the headlines, and rightfully so, he’s not the only member of the team playing long ball this season. Entering play Friday, the Cincinnati Reds (72-81) 218 homers on the season rank fourth in team history and they’re only five homers away from breaking the all-time club record of 222 set by the 2005 Reds team.

Led by Adam Dunn and Ken Griffey Jr., the 2005 edition of the Cincinnati Reds had nine players who hit at least 13 home runs. Fast forward to 2019, and the Redlegs have eight players who have gone deep at least 11 times and have at least three other players within striking distance of reaching double figures.