Cincinnati Reds close 2021 season with a win against Pirates, 83-79 record 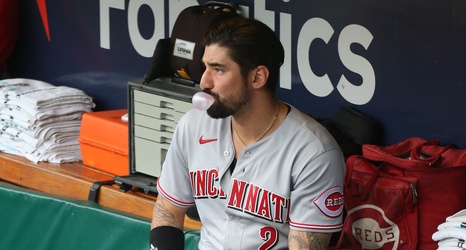 PITTSBURGH – Summer came to an end Sunday when the Cincinnati Reds completed their 2021 season on a misty afternoon at PNC Park.

Nick Castellanos, potentially playing his final game in a Reds uniform, hit a game-tying RBI double in the third inning for his 100th RBI of the season. Joey Votto homered for the 36th time this season, a three-run blast in the fifth inning. Lefty Reiver Sanmartin permitted one run across six innings in his second career start.

The Reds closed the season, and the summer, with a 6-3 victory over the Pittsburgh Pirates. They ended with an 83-79 record, missing the postseason for the seventh time in the last eight seasons.