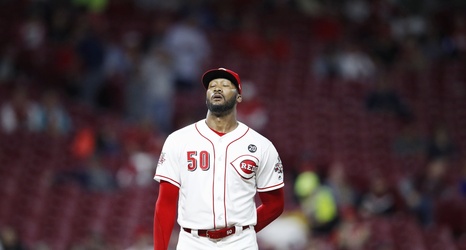 Over the first half of the season, Cincinnati Reds left-hander Amir Garrett looked unhittable and had a legitimate chance to make the All-Star Game. In July, it looked as though he would cruise through August and September to finish out his career-best season, but that’s not been the case. What is wrong with Amir Garrett?

The second half of the 2019 season has not been and easy one for Garrett, as an eight-game suspension and a trip to the injured list robbed Garrett of a decent amount of playing time over the latter half of the season. While still the best option from the left side out of the bullpen, Garrett’s performance of late has not been good.