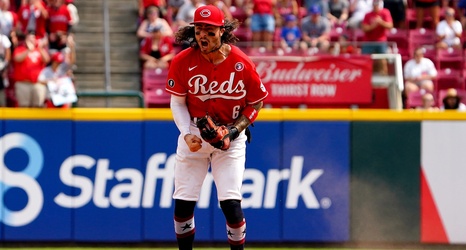 The Cincinnati Reds totaled eight runs in their three-game series against the Chicago Cubs, which usually amounts to a slump in hot weather at Great American Ball Park.

This weekend, it resulted in a sweep.

The Reds had dominant pitching all weekend and scored some timely runs in the late innings. They followed that same script in their 3-2 victory Sunday in front of a crowd of 29,340.

The bullpen, which is without top arms Tejay Antone and Lucas Sims, pitched 10 1/3 shutout innings throughout the weekend. The same group that cost the Reds some games early in the season has carried the club to four consecutive one-run wins.