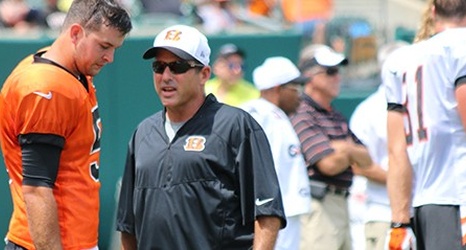 Ken Zampese’s father, who called plays for Hall of Fame quarterbacks Dan Fouts and Troy Aikman and helped pump the oxygen into Air Coryell during his 28 years in the NFL, and is two months shy of 80 years old, is about to make another call.

Ernie Zampese isn’t rolling the three pens in his left hand or muttering those four-letter words, like when Kenny watched him call plays in the Los Angeles Rams press box 25 years ago. But he’s making another call when asked if he’s got a tip for his son as he starts his first season as the Bengals offensive coordinator.

See full article at Official Site of the Bengals