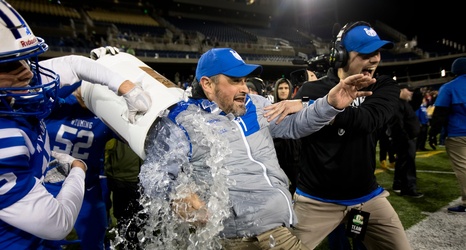 WYOMING - Most high school coaches don't hear from NFL owners, so when Wyoming High School head football coach Aaron Hancock answered the phone and heard Mike Brown of the Bengals on the other end, he was taken aback.

"I was totally blown away," Hancock said. "MIke Brown calls me on my cellphone and tells me I won this award in honor of his father."

Hancock, who last season led the Cowboys to the Division IV state semifinals, was named Tuesday as the 2019 season winner of the Paul Brown Excellence in Coaching Award. Brown, who lives in Indian Hill, is very familiar with Wyoming holding the upper hand in recent years in the Cincinnati Hills League.