Worried about Joe Burrow’s next contract? Don’t be. 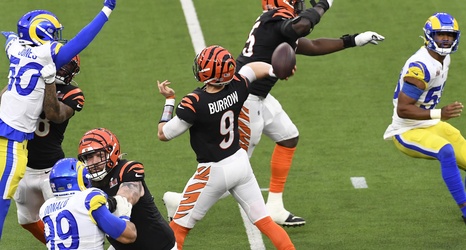 Yes, it’s useless offseason chatter. But the idea that the Bengals are looking at the Deshaun Watson contract and wondering what they’ll do when it’s time to extend Joe Burrow is absurd.

First, let’s acknowledge two things: 1. The Bengals don’t like to give out guaranteed money; 2. They don’t restructure deals for cap relief.

These points suggest that they won’t give out a fully-guaranteed deal, like Watson’s $230 contract, and that they will have to continue to win despite a $50 million or $60 million cap hit for Burrow each year.

So? That doesn’t mean they won’t pay a man on pace to be the greatest quarterback in franchise history.