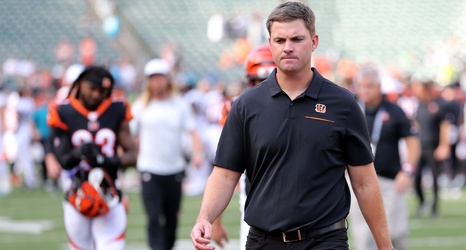 The Cincinnati Bengals are 0-7 after losing to the Jacksonville Jaguars Sunday.

Head coach Zac Taylor is the sixth coach in Bengals' history to start 0-7. The worst start in franchise history belongs to the 1993 Bengals and Dave Shula (0-10).

The Bengals currently would draft No. 1 overall in the 2020 NFL Draft because the Miami Dolphins sit at 0-6. The Bengals play the Dolphins in Miami in Week 16.