Update: Report says NFL could resolve Patriots' taping of Bengals as early as this week 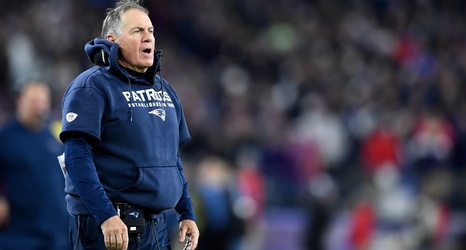 Update:Washington Post NFL reporter Mark Maske says the league is moving quickly in its investigation and that a resolution could come this week.

The NFL hopes to move quickly in its investigation of the Patriots' video. A resolution is possible this week. One source said a consideration for the league is whether the video shows anything that couldn't been seen on TV or on the coaches' tape.

Original story: New England Patriots coach Bill Belichick was mum when asked about a team videographer taping the Bengals’ sideline for a documentary during the first quarter of the Cincinnati’s game versus the Cleveland Browns.