'This is something we needed': Bengals get first win in Pittsburgh since 2015 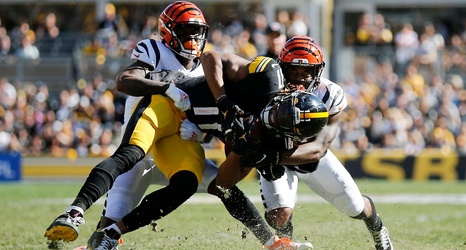 Over the years, the annual trip to Pittsburgh hasn't been kind or all that memorable for the Cincinnati Bengals. They'd either run into a relentless Steelers defense or get run over and picked apart by Pittsburgh's offense.

On Sunday, in front of a Heinz Field crowd that became quieter and quieter as the game went on, the Bengals flipped that recent history and utterly dominated the Steelers, 24-10, securing Cincinnati's first win in Pittsburgh since 2015 and the second road win of Zac Taylor's coaching career.

"This is something we needed," Taylor began when he took the podium for a post-game press conference.