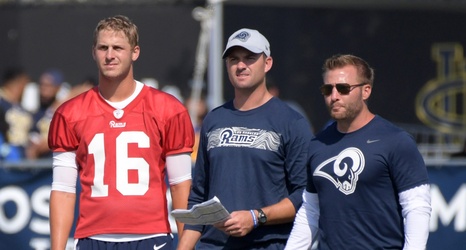 Head coach Sean McVay or Taylor would ask starting quarterback Jared Goff and backups Brandon Allen and Sean Mannion about which plays they were most comfortable with in specific situations.

One of the coaches would ask, “What are our best three plays on third-and-short?” And then McVay, Taylor, Goff, Allen and Mannion would all give their answers.

Goff’s answer was viewed as the tiebreaker, but these votes usually resulted in a runaway winner.