The Bengals are making a big bet in Logan Wilson's development 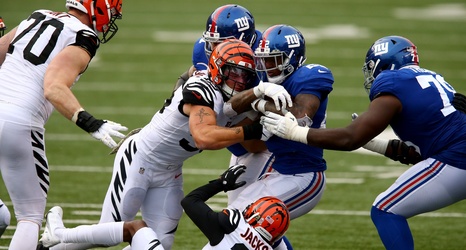 Among the 32 teams in the NFL, the Cincinnati Bengals rank 31st in spending on linebackers. It’s been a rotating group of players over the last three seasons, and no other position on the roster has seen as much turnover.

In 2019, the Bengals started the year by giving Preston Brown and Nick Vigil an opportunity. After that, Germaine Pratt, Josh Bynes, Jordan Evans have all had opportunities to become a featured linebacker in the defense.

Before this season, the Bengals haven’t had an established three-down linebacker in their current defensive scheme. In 2021, they’re planning for second-year linebacker Logan Wilson to make that leap.