Thaddeus Moss back to Cincinnati 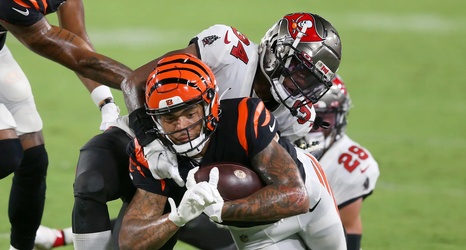 Thaddeus Moss will be staying with the Cincinnati Bengals.

According to Richard Skinner, Moss is currently at Bengals practice, which almost certainly means he was signed to the practice squad.

A second-year player in 2021, Moss was a key piece of the 2019 LSU Tigers’ national title team that featured Joe Burrow in his Heisman-winning campaign.