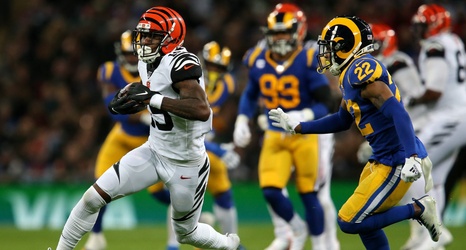 The Cincinnati Bengals haven't defeated the Steelers in Pittsburgh since 2015. But in addition to the 24-7 lead they had in the third quarter Sunday, the Bengals knew things were going their way when Steelers kicker Chris Boswell missed a field-goal attempt against them for the first time in 36 tries since his rookie year of - that's right - 2015.

Boswell had made all 35 of his field-goal attempts and all 23 of his point-after tries against the Bengals before the miss.

Bengals radio play-by-play announcer Dan Hoard said during the broadcast on 700 WLW he'd like to see Boswell miss a kick against the Bengals just once in his lifetime.