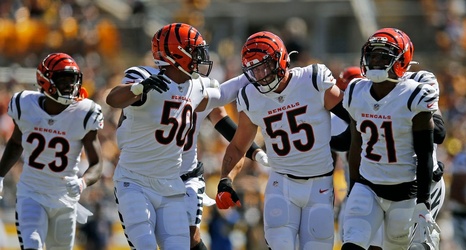 The Cincinnati Bengals hadn't defeated the Steelers in Pittsburgh since Nov. 1, 2015.

An impressive effort on both sides of the ball propeled Cincinnati to its first win at Heinz Field in nearly six years.

In addition, Chris Boswell missed a field-goal attempt against the Bengals for the first time in 36 career tries; Ja'Marr Chase had a pair of touchdown catches; Logan Wilson intercepted Ben Roethlisberger twice; and Tyler Boyd bounced off a Pittsburgh defender for a score.