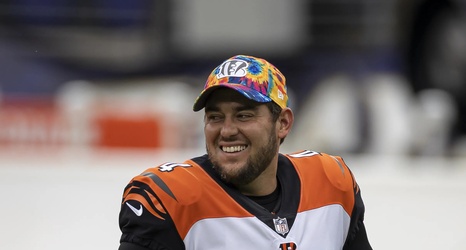 Randy Bullock is moving on after spending more than four season with the Cincinnati Bengals.

Though Bullock is joining the Detroit Lions to play for his sixth team, he has played 62 games for the Bengals, which is well over half of his career. In his time with the Bengals, he made 90 of his 106 field goal attempts, 124 of his 130 extra point attempts, scoring 394 points.

After signing with the Lions, he said farewell to Cincinnati on Twitter.