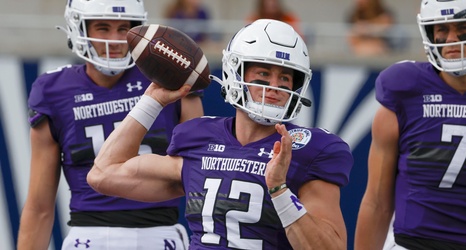 Former Elder High School standout quarterback Peyton Ramsey, who played last season for the Northwestern Wildcats after transferring from Indiana University, worked out Thursday for the Cincinnati Bengals, according to a report via Twitter from Yahoo Sports' Eric Edholm.

NU head coach Pat Fitzgerald tweeted earlier this month that the undrafted Ramsey signed with the Carolina Panthers. The Panthers confirmed that they brought in Ramsey for a tryout.

Edholm reported in April that the Bengals were among teams to meet with Ramsey.

The 6-foot-2, 220-pound Ramsey declared for the draft in January after helping Northwestern to a 6-2 record in the Big Ten and Citrus Bowl win against Auburn as a grad transfer.