Paul Daugherty: Marvin Lewis can applaud effort, but the Baltimore Ravens ran all over the Cincinnati Bengals 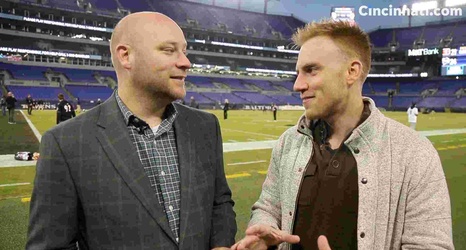 BALTIMORE – Running quarterbacks don’t last in the NFL, for two reasons: (1) Their success rarely lasts and then (2) they die. If the option game were a roaring advantage in the pros, Peyton Manning would still be holding a clipboard.

That didn’t matter here Sunday. Lamar Jackson, run-first, duck later, used his first NFL start to wreck the Bengals and the re-debut of Marvin Lewis as defensive coordinator. The 24-21 L he hung on Cincinnati kept the Bengals ball rolling backwards.