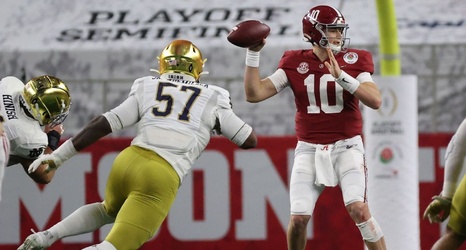 We're exactly two weeks away from the start of the 2021 NFL draft, and there are still many unknowns in Round 1. Which player do the 49ers have in mind after they traded up for the No. 3 pick? That could shake up the rest of the top 10. Could the Patriots jump ahead in the draft to try to get one of the top quarterbacks? That might mean New England going all-in and sacrificing future prime picks as it attempts to get back in the AFC playoff race this season.

With so much intrigue ahead of the first round, we asked ESPN NFL draft analysts Mel Kiper Jr.