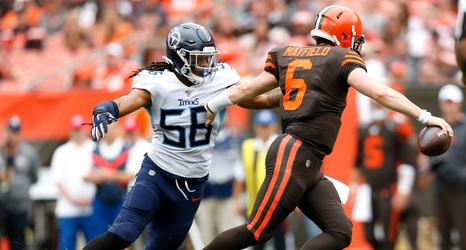 At 6’4″ 250 pounds, he is described as long, and a good run stuffer. Perhaps the best thing you could say about Sharif Finch that social media has plenty of Titans fans who are not happy to see him go. Take @ferraferraez for example below

With such the story of perseverance surrounding Finch making the roster, it is understandable that Titans fans are not happy to lose him due to some roster juggling associated with resting RB Derrick Henry.