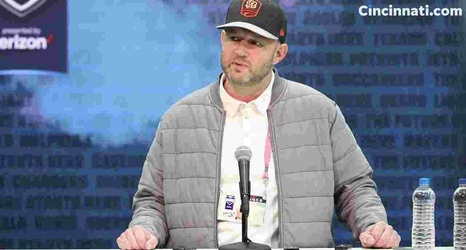 The Cincinnati Bengals received an education on elite quarterbacking from the Baltimore Ravens' Lamar Jackson. It arrived just in time for the debut start of rookie Bengals' quarterback Ryan Finley.

For Finley and his teammates, class started on the first play from scrimmage and continued through the final whistle as Jackson-led Baltimore steamrolled Cincinnati, 49-13, on Sunday at Paul Brown Stadium.