Joe Burrow on Bengals' 23-23 tie with Eagles: 'No moral victories around here.' 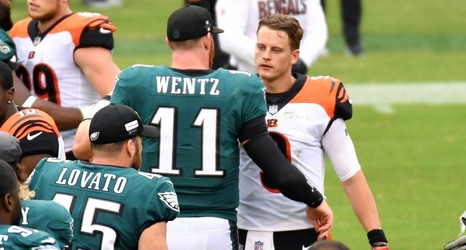 While an illegal hit in the second half knocked the wind out of Cincinnati Bengals rookie quarterback Joe Burrow, the final result didn’t sit well with him either.

Even though Burrow had the most efficient game of his career, he didn’t have enough time to make plays that would keep the Bengals in the game.

In the second quarter, he took a hit that had the Bengals trainers rushing onto the field to check on the rookie quarterback. Then in overtime, he took three sacks.