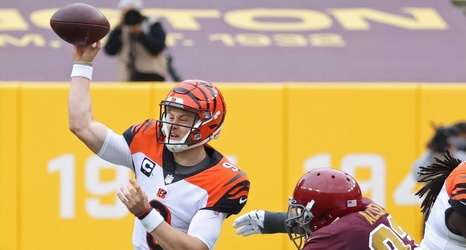 Was there ever a doubt in anyone’s mind that Joe Burrow was one of the best quarterbacks in the NFL?

Well, if there was, there should not have been.

Recently, NFL.com came out with a rating of all 59 quarterbacks who started a game in 2020. Burrow, despite playing in only 10 games before suffering a season-ending knee injury, came in at No. 18.

Burrow finished ahead of such established names as Jared Goff, Ben Roethlisberger and Drew Brees. And there is no telling what he could have done with even decent protection. At the time of his injury, Burrow had been sacked a league-leading 32 times.