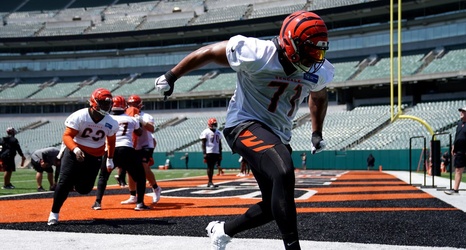 The Cincinnati Bengals announced Willie Anderson and Isaac Curtis have been selected as the newest members of the Ring of Honor.

The team will honor Curtis and Anderson during halftime of Cincinnati’s home Thursday night game against the Miami Dolphins on Sept. 29.

“These are two of our finest all-time players,” said Bengals President Mike Brown. “Willie was as good a right offensive tackle as you could draw up.