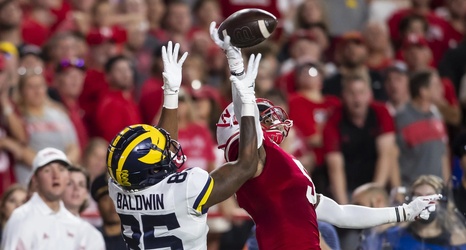 Imagine being a rookie cornerback and having to face Ja’Marr Chase, Tee Higgins, and Tyler Boyd every day in practice.

Most people in that position would be worried about getting burned and looking like a bust, suffering a blow to their self-esteem, and ultimately ending up out of the league.

But second round Draft pick Cam Taylor-Britt out of Nebraska has the confidence to embrace that challenge. He knows full well that it’ll only help him in the long run.

“Going against those top receivers like that and just helping my game so much to where guarding other receivers won’t be as hard,” he said.