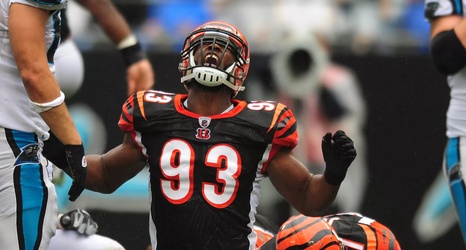 After 10 years in the NFL, Michael Johnson has officially decided to retire from the NFL. Johnson made the announcement at the grand opening of the Best Buy Tenn Tech Center, which his foundation MJ 93-90 helped fund, in Selma, Alabama.

Johnson played all but one season with the Cincinnati Bengals. He was drafted in the second round of the 2009 NFL Draft. He compiled 44.5 sacks over his career. He acknowledged though that he knew it was time.

“I want to spend time growing as a man, as a husband and as a father,” Johnson told the Selma Times Journal.