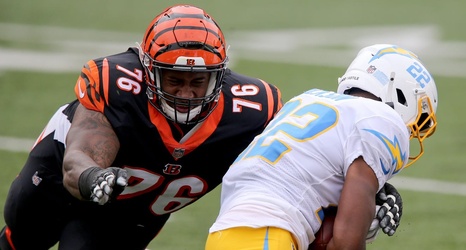 Defensive tackle Mike Daniels is sticking around – at least for another year.

The veteran defensive tackle is re-signing with the Cincinnati Bengals. Daniels is inking a one-year deal. NFL Network reported that it’s worth $2.5 million.

Daniels signed his first contract with the Bengals before the start of the 2020 season after spending 2019 in Detroit. He played the first seven years of his career in Green Bay with the Packers.

The 6-foot, 310-pound defensive tackle started 11 games in his first season in Cincinnati. He filled in admirably in the interior in what was an injury-riddled year for the Bengals defensive line.