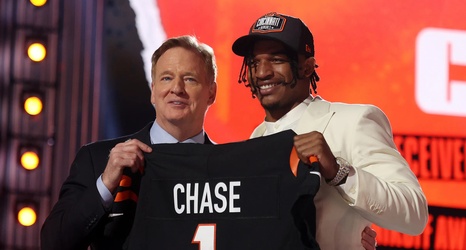 The Cincinnati Bengals already saw two of their young stars named to a top 25 under 25 list earlier this season. Joe Burrow and Jessie Bates III both saw their names listed by CBS Sports last month.

Burrow and Bates are known commodities in the NFL, which is the only thing you can’t say about rookie Ja’Marr Chase. Nevertheless, Chase was hailed as a top 25 under 25 player by Complex, ranking No. 24, with Bates and Burrow coming in at 15 and 14, respectively.

Despite not having played an NFL snap, Chase is expected to come into the Queen City and be a top target for Burrow.