Comparing the rookie seasons of Tee Higgins and A.J. Green 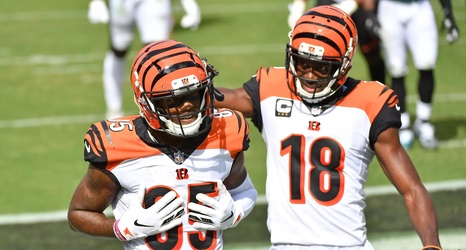 While the Bengals were thoroughly dominated Sunday by the Steelers, one bright spot from the loss was Tee Higgins having a big game.

In his first game at Pittsburgh against a defense allowing the fifth-fewest passing yards per game (Joe Burrow threw for just 213 yards), the 21-year-old Higgins hauled in seven grabs on nine targets for 115 yards and Cincinnati’s lone touchdown of the day.

For comparison, A.J. Green had 131 receiving yards combined in his first three games vs. the Steelers and didn’t break 100 until his fourth game vs.